God and the Gatlinburg Fire 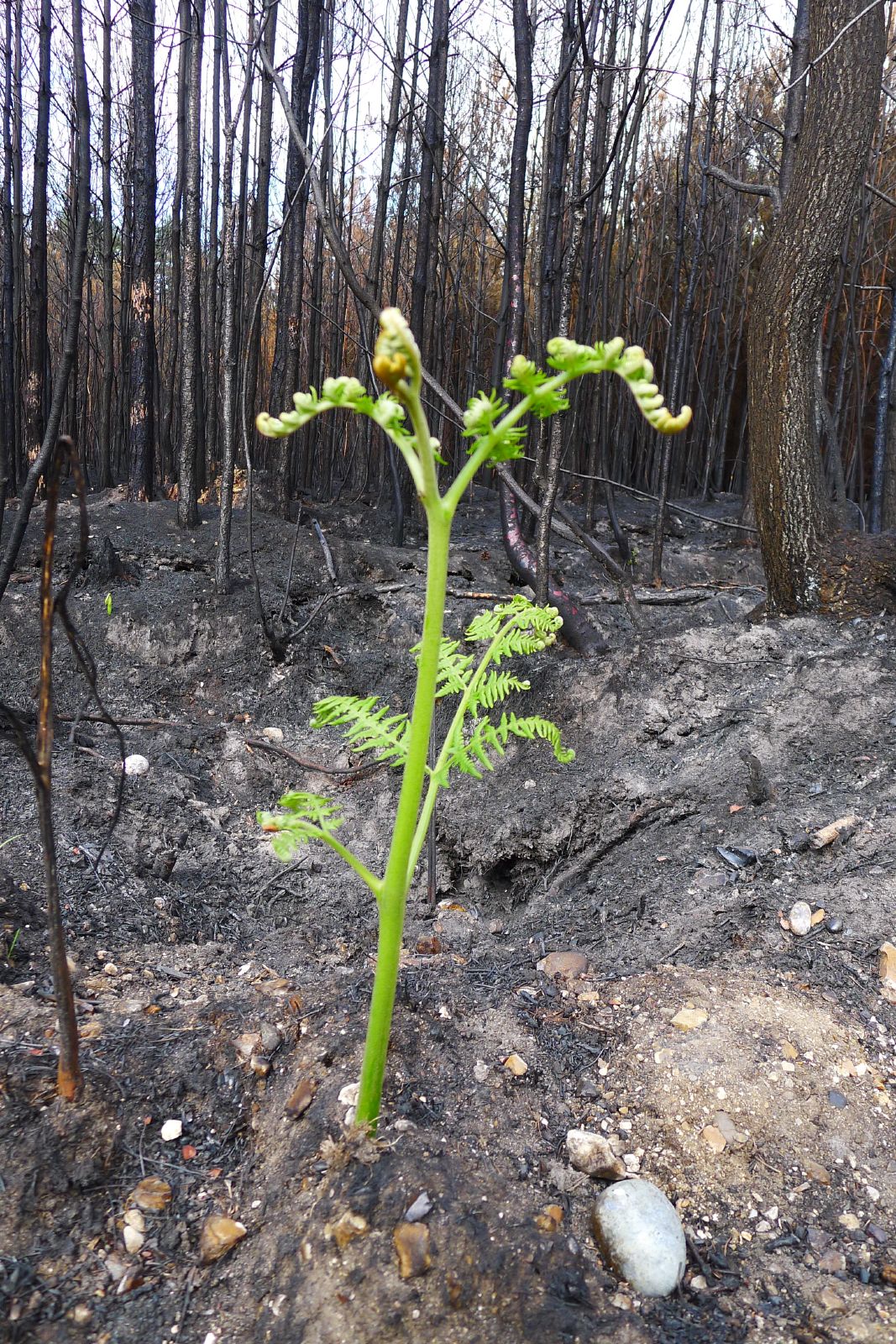 On the morning of 23 November 2016, thick smoke from the Chimney Tops 2 fire in the Great Smoky Mountains National Park (GSMNP) blanketed the nearby town of Gatlinburg, Tennessee. The wind was picking up that morning in advance of a storm front, and around 1:00 p.m. the National Weather Service issued a high wind warning for the region; wind gusts in excess of 80 miles per hour were expected and, indeed, came. These winds lifted and carried embers from the Chimney Tops toward Gatlinburg and, by 4:00 p.m., with new fires encroaching on the town, the authorities issued a voluntary evacuation notice. Two hours later they made evacuation mandatory. By 8:30 p.m. structures in and around Gatlinburg were engulfed and residents and visitors were evacuating along roads bordered by flames on both sides, with heat so intense that tires melted. Statistics only hint at the real loss: over 17,000 acres of the GSMNP charred; 2460 structures damaged or destroyed; 14,000 people evacuated; and, at present count, 14 fatalities. We have recently learned that – allegedly – two teenage boys set the fires deliberately, a foolish and/or evil act of arson.

I have lived all my life in the presence of these mountains, in the valley town of Knoxville. I have hiked their trails in all seasons. I have spent many pleasant days in Gatlinburg and not a few unpleasant hours stuck in traffic trying to get there. The mountains and the town are such a backdrop to my life – and to the lives of so many of us — that I sometimes take their presence as an unchangeable given: but no more.

I serve as an assisting priest in a parish in Knoxville. Some of our parishioners live on the outskirts of the fire zone. Some have family and friends who lived through the fire – most, to my knowledge, spared from physical injury and major, material loss: Thanks be to God. But few of those affected by the fire are spared from questions: Why would kids do this? Why was one house “spared” while the house next door was destroyed? Where was God in all this? (Yes, we ask this because we live in the Bible Belt, because, for the most part, we are a believing people.) How can we help? (Yes, we ask this because we live in the Volunteer State; it’s who we are and what we do.) What do I say to my neighbors who lost everything, while I emerged mainly untouched and unharmed? What do I do now?

People sometimes assume that, as a priest, I must have answers for all the difficult spiritual questions raised by such a disaster, or at least that I have access to a theological tradition that has such answers. Not really, not so much: I have the same Bible, the same Prayer Book, the same hymns and the same questions as everyone else. I have had, perhaps, the gift of time to think through and pray through these issues more than many, and to see what the fathers and mothers of our faith have discerned. So, while the best response to this disaster may be silent listening, sincere prayer, and tangible acts of charity, I will venture some tentative thoughts with the prayer that God may use even foolish words to bring healing.

First, this fire tells us nothing in particular about God; don’t look for him there. If – as preliminarily reported – the fire was an act of arson, it was sparked by evil, by foolish boys under the influence of the dark powers of this present age, and certainly not kindled by God. But, we can be sure that God was present in the moment the boys set the fire: his Spirit interceding with theirs to avert their deadly actions, but, in the end, granting them the same dignity of human freedom which he grants each one of us, which he granted our first parents in the Garden when they set the fire of sin to the whole world. God is never absent in the moment of decision, though he is often ignored. Evil, and not God, is responsible for this fire and for every destructive act that plagues creation.

O Merciful Father, who hast taught us in thy holy Word that thou dost not willingly afflict or grieve the children of men: Look with pity upon the sorrows of thy servant for whom our prayers are offered. Remember him, O Lord, in mercy, nourish his soul with patience, comfort him with a sense of thy goodness, lift up thy countenance upon him, and give him peace; through Jesus Christ our Lord. Amen.

I have offered this prayer many times recently because it reminds me and those with whom I worship that God truly does not willingly afflict or grieve his children. God’s unfailing disposition toward his children is love. God’s unfailing action toward his children is mercy. God’s unfailing will toward his children is salvation. The capricious God who hurls lightning bolts willy nilly, who toys with humans, who fans the flames of fire, who arbitrarily punishes this one and blesses that one, is a pagan myth and not the God of Abraham, Isaac, and Jacob – certainly not the one God revealed supremely in and through our Lord Jesus Christ. I think the person whose house was lost, whose family member or friend was injured or killed, needs these words. I think the person whose house was spared and whose family members are safe needs these words. I think all those who struggle, in vain, to find the hidden hand of God in the fires, to find his sovereign will in the flames – in short, to justify this as an “act of God” – need these words. Can I say it plainly? God is not to blame for this or any evil. We live in a fallen world of our own desecration, a world under the influence of fallen powers – some human and some spiritual. We live in a wounded creation, whose out-of-kilter convulsions shake the earth and cast up giant waves, whose disordered cycles withhold rain for some and send torrential floods to other, and yes, whose forests provide cool shelter and kindling for infernos. None of this chaos is God’s will.

So, is all this meaningless after all – devoid of God? Absolutely not! God is never the author of evil; rather he is always in the midst of it, battling it, bringing forth all possible good from it, through it, and in spite of it. Doesn’t the cross tell us that? In the midst of the greatest evil, God was working to bring forth the greatest good. In the midst of death – in fact, precisely through death – God was bringing forth life. In the mystery of providence, while God did not will or cause this fire, God will use it to bring forth good in ways we cannot begin to imagine. God is never helpless before his creation or his creatures. There is nothing that will ultimately thwart his will, though for the present moment he allows his creatures to act freely and sometimes foolishly and sometimes malevolently; all that is mystery beyond our understanding. But, this we know: Christ has won the victory over all the powers of evil and death; his resurrection proclaims this truth. One day, that victory will be fully implemented and the defeated dark powers will be finally destroyed. Until that day, evil will convulse the world, breaking out here in fires, there in tsunami, one day in racism, another in terrorism. But, the Spirit will break out also, bringing forth new creation amidst the old – renewing and transforming the old.

So, to my brothers and sister affected by the recent fires I say this: whether you were spared or lost everything, God loves you and desires nothing but your good; never doubt this, and when you waver, look at the cross. Where evil is present, grace abounds all the more. Seek God: in prayer, in silence, in the company of his people, in worship with the church, in the Body and Blood of Christ. Love the Lord your God with all your heart and with all your soul and with all your mind. This is the great and first commandment. And the second is like it: love your neighbor as yourself – through your prayers, by your acts of aid and charity, with listening ears and open hearts. Join with the Spirit in the renewal of this fallen world in every way possible: work for justice, make beauty, feed the hungry, welcome the stranger, live the Gospel in all places and in all times and in all ways. And pray, beloved, pray, now in Advent and in every season: Come, Lord Jesus, come.

I am a husband, father, retired teacher, lover of books and music and coffee and, as of 17 May 2015, by the grace of God and the will of his Church, an Anglican priest in the Anglican Church in North America, Anglican Diocese of the South. I serve as assisting priest at Apostles Anglican Church in Knoxville, TN, and as Canon Theologian for the Anglican Diocese of the South.
View all posts by johnaroop →
This entry was posted in Uncategorized. Bookmark the permalink.